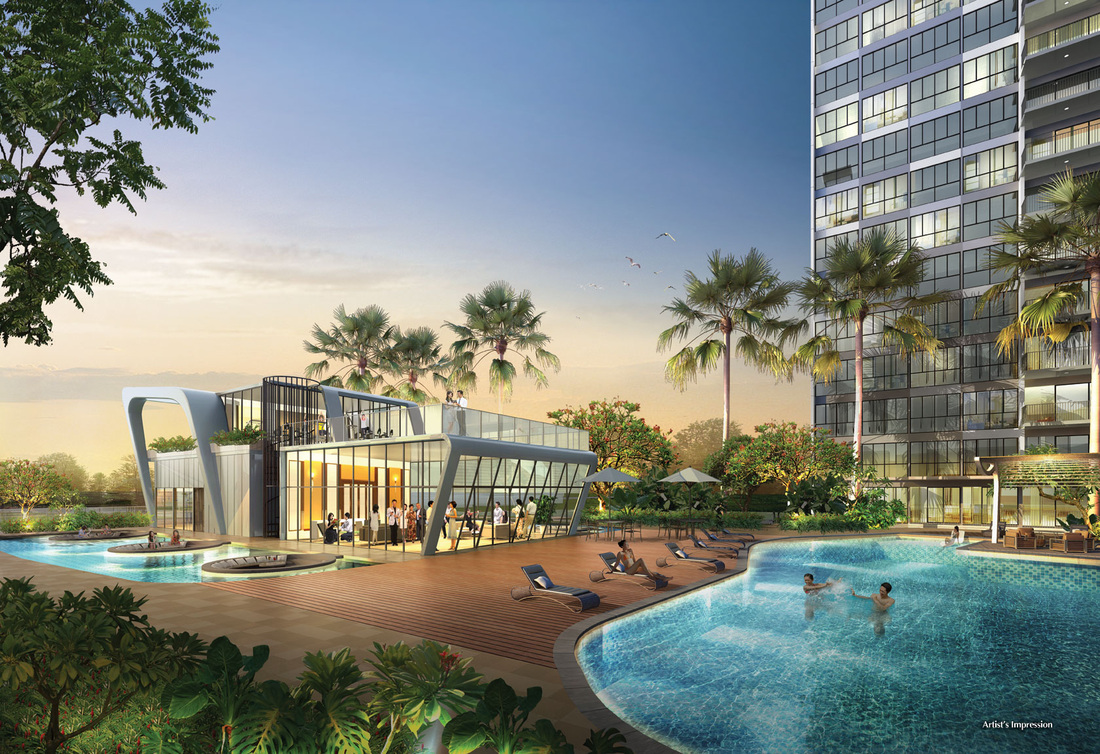 SkyPark Residences, an Executive Condo development in Yishun, has sold 271 units out of 506 units launched at S$800 psf for the month of November. Strong sales is expected to continue into December as it is one of the few available Executive Condominiums currently selling in the market.

The government has released two Executive Condo sites for sale under the Confirmed List of the Government Land Sales Programme. The two sites are located in Choa Chu Kang.

The following article was published by TODAY and the whole article can be read here.

SINGAPORE — Developers will likely moderate their bids for the two executive condominium (EC) sites in Choa Chu Kang Grove that were released for sale yesterday, as recent changes to the rules governing the hybrid private-public housing scheme are expected to hit demand from upgraders.

The adjacent sites with identical areas of 177,120 sq feet, released under the Confirmed List of the Government Land Sales Programme, have a plot ratio of 3.5 to yield an estimated 1,239,840 sq ft of total gross floor area (GFA). This can be developed into about 1,150 EC units, said the Housing and Development Board (HDB) and Urban Redevelopment Authority (URA) in a joint statement. The tenders for both sites will close on Feb 25.

Analysts said the changes to the EC scheme amid a weakening HDB resale market will act as a “dampener” on the EC market.

Under the new rules announced on Dec 9, EC buyers will be subject to the mortgage servicing ratio (MSR) of 30 per cent of their gross monthly income, while second-time applicants who buy directly from developers will have to pay a resale levy.

“HDB upgraders to ECs may feel the pinch from COVs (cash over valuation) coming down, meaning that by the time they collect their keys to the ECs, they may have to sell their four- or five-room HDB (flats) at a lower price than today. With that expectation, they will want to buy ECs at a more affordable price,” said Century 21 Singapore CEO Ku Swee Yong.

Despite this, developers will try to win both plots as that would allow them to control launch phases and prices without worrying about competition, he said.

Mr Nicholas Mak, Executive Director of Research and Consultancy at SLP International Property Consultants, said the resale levy will increase the overall cost of upgrading to ECs. For example, owners of four- or five-room HDB flats have to pay an additional S$40,000 to S$45,000 when upgrading to ECs.

While analysts expect developers to be more cautious, they said it would be difficult to estimate the top bids as the market is in a “price-discovery period” after the new measures.

“It’s the million-dollar question. The new measures will likely reduce demand, but the market is still in search of the new equilibrium price,” said Mr Mak, who expects four to eight bidders for each of the tenders.

With effect from 9th Dec 2013, the Ministry of National Development (MND) has implemented further measures to refine the executive condominium housing scheme. Certain changes are meant to benefit Executive Condominium buyers while others are meant to create a more sustainable market. The important points to note are:

The following article is produced by MND and can be found here http://app.mnd.gov.sg/Newsroom/NewsPage.aspx?ID=5023&category=Press%20Release&year=2013&RA1=&RA2=&RA3=

The Government will implement three measures for Executive Condominium (EC) developments to bring the terms for ECs closer to that for public housing, and help support a stable and sustainable EC market. This follows a review by MND on the EC Housing Scheme, taking into account feedback from the Our Singapore Conversation on Housing.

2   First, we will reduce the cancellation fees for ECs from 20% to 5% of the purchase price. This will relieve the financial burden of buyers who have to cancel their EC bookings after signing the Sale & Purchase Agreement. The new cancellation fee will be applied to EC land sales which are launched on or after 9 Dec 2013, including those where the tenders have not closed.

3   The cancellation fee for ECs is currently set at 20% of the purchase price, similar to those for private housing. However, unlike buyers of private housing, buyers of EC units cannot sub-sell their units if they cannot complete their purchase, and have to pay the cancellation fee. This has especially imposed significant financial burden on young couples who subsequently are not able to proceed with their marriage and hence the EC purchase.

4   We will therefore align the cancellation fees for EC units with that for HDB Build-to-Order (BTO) flats, and reduce them from 20% to 5% of the purchase price.

7   Third, the Monetary Authority of Singapore (MAS) will cap the Mortgage Servicing Ratio (MSR) for housing loans granted by financial institutions for EC units bought directly from property developers at 30% of a borrower’s gross monthly income. This is in line with earlier measures introduced by the HDB and MAS to encourage financial prudence among buyers of public housing. It discourages EC buyers from over-stretching their finances and supports an affordable and sustainable EC market.

9   For further enquiries on any of the above measures, the public can contact the HDB Sales Customer Service Line: 1800-866-3066.