Besides these two ECs, sales was healthy at previously launched EC projects including The Vales (51 units sold), The Amore and Wandervale (49 units sold each).

END_OF_DOCUMENT_TOKEN_TO_BE_REPLACED 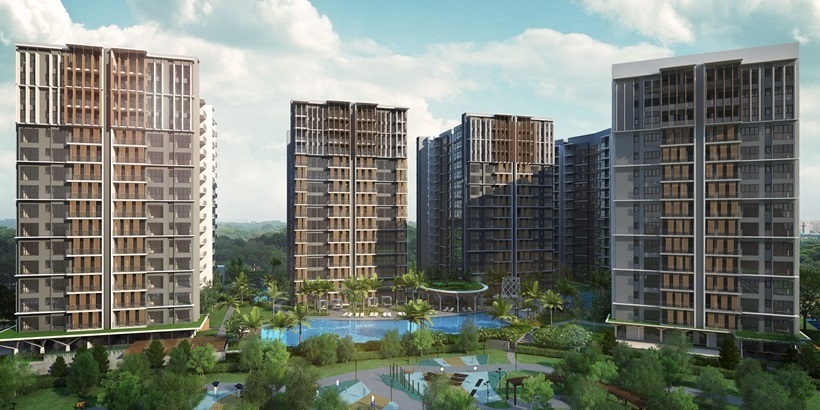 Sales at recently launched executive condominiums (ECs) have not been stellar despite the large number of e-applications received, reported The Business Times.

But many property experts feel it is still acceptable in today’s market if 20 to 30 percent of the e-applications translates to sales. However, seven out of the 14 EC projects launched since 2014 failed to achieve even the minimum conversion rate during their launch weekend.

The latest EC to launch was the 628-unit Parc Life. Jointly developed by Frasers Centrepoint Limited and Keong Hong Holdings, it only sold 51 units during its launch last weekend despite recording over 700 e-applications.

During the week prior to that, Qingjian Realty’s The Visionaire sold 158 units out of 632 units, even though it attracted 859 e-applications.

In comparison, the number of e-applications some EC projects received during the market’s heyday in 2011 to 2013 easily surpassed the volume of units offered by two times, said Tan Tee Khoon, Managing Director of KF Property Network.

According to Nicholas Mak, Executive Director of SLP International, the low take-up rate is due to the large supply. “It’s just too much for the market to digest in that span of time (as) demand for ECs in suburban areas tend to be limited to upgraders or people who live in the area.”

This is especially true for developments being built in the same area and launched at roughly the same time, as they are competing for the same pool of eligible buyers who most likely submitted e-applications for multiple ECs.

For example, Parc Life and The Visionaire are both located in Sembawang, in the same neighbourhood where The Brownstone made its debut in July 2015. In Yishun, The Criterion was unveiled last October, followed closely by Signature At Yishun.

Meanwhile, Century 21 Chief Executive Ku Swee Yong believes the weak sales “are conclusive evidence that demand is exhausted” for this type of property. Based on the current pace of EC transactions, he thinks the market needs at least two years to fully absorb the remaining unsold units.