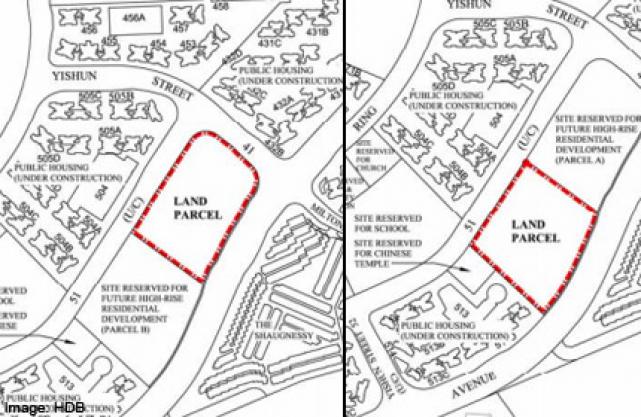 Two tenders for adjacent executive condiminiums (EC) plots closed at the same time on 22 May 2014, a move set by the government to prevent soaring land bids and prices by developers.

The two parcels were located at Yishun Street 51 and attracted healthy interest for both plots.

Parcel B has a gross floor area of 550,349 sq ft and can yield an estimated 520 units. The winning bid was submitted by boutique developer JBE Holdings who submitted the highest bid of $184.1m, $335 per sq ft per plot ratio.